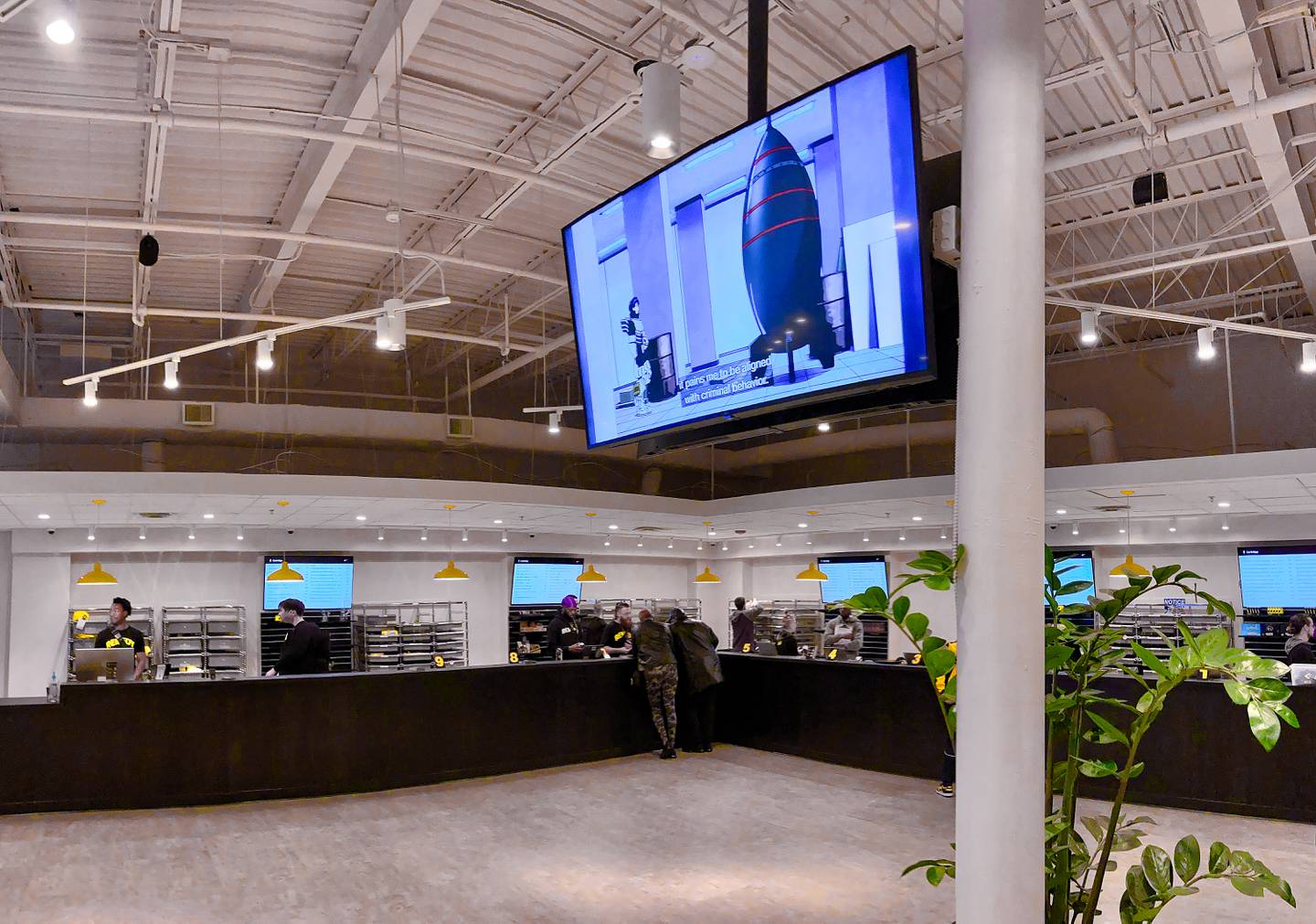 After years of explosive growth and expansion, Maryland’s medical cannabis industry appears to have hit its ceiling. For the first time since the industry launched five years ago, total revenue decreased in 2022.

Data released by state regulators show more Marylanders than ever have a medical card, and those patients are buying more flower, gummies and vapes than ever before. But the rate of new patient registrations slowed and the price of cannabis in Maryland plummeted over the past year, largely driven by an oversupply of product from cultivators and processors, industry insiders said.

Some companies are reviewing their budgets, freezing hiring and trying to hold steady until the state’s recreational cannabis industry starts — and hopefully kicks off a surge in business.

Mitch Trellis, co-founder of Remedy, called it a “brutal” year for his dispensary business. Remedy, based in Columbia, underwent a rebranding and opened a second store in Baltimore County in 2022. But as the price of cannabis products steadily declined, Remedy has needed to review every cost associated with the business and “try to basically survive,” Trellis said.

“People think everyone in the weed business is getting rich, and they really don’t understand,” he said.

When the industry kicked off, dispensaries were outbidding each other for cannabis flower as growers struggled to meet demand. The average price of a gram of medical cannabis was nearly $16 at the beginning of 2018.

But cultivators started catching up — and then some. There is no cap on how much cannabis that cultivators can grow in Maryland, and Trellis said the growers spent the past couple of years expanding their facilities in anticipation of recreational cannabis becoming legal.

Around that time, sales boomed as the coronavirus pandemic swept the country. People stuck at home stocked up and had more money on hand thanks to stimulus money. At one point the typical cannabis patient in Maryland was buying $385 worth of cannabis per month. Now, the pandemic boom has dried up, the larger grow facilities are operational, and the average price of a gram of cannabis in Maryland tumbled to just $6.29 in November.

State regulators estimate that the medical cannabis industry generated $517 million in revenue last year, about $50 million less than in the year prior.

“The decreases in Maryland are in line with price drops in many other jurisdictions,” Tilburg said in an email.

In Colorado, for example, which has both a medical and recreational cannabis market, the industry saw record revenue during the pandemic, with total sales hitting about $2.2 billion in both 2020 and 2021. Then in 2022, the average price of cannabis flower tumbled. The state’s total sales were $1.6 billion through the end of November.

Ashley Colen runs an Eastern Shore dispensary called Ash + Ember with her sister. Colen thinks the decreases in revenue and price in Maryland are natural — especially as everyone braces for the recreational market.

Voters approved legalization of recreational cannabis in November. The General Assembly is expected to hammer out the rules for that industry, which could launch as early as this summer and create another boom. Lawmakers need to decide whether existing medical cannabis businesses will be allowed to participate in the recreational market; many people in the industry are confident this will happen.

A cannabis industry analyst told lawmakers earlier this month that Maryland likely would need to triple the number of dispensaries currently operating to about 300 to satisfy the demand for recreational cannabis.

Hope Wiseman, who owns a dispensary in Prince George’s County called Mary & Main, is looking forward to that boom, but said Maryland should practice some restraint.

She doesn’t want to repeat the launch of the medical cannabis industry, when no Black-owned businesses were selected to receive a cultivation license. Wiseman said lawmakers should consider a cap on so-called canopy space for existing cultivators. This would limit the amount of cannabis that companies are allowed to grow and carve out a market for new, minority-owned cultivators.

“We have to prioritize equity over profit no matter what that means,” Wiseman said.

That could have unintended consequences, according to Mackie Barch, founder of Culta, which grows and processes cannabis and also operates a dispensary in Baltimore.

Maryland rightfully lessened the punishments for cannabis possession, Barch said, and people are shifting from smoking cannabis flower to using smaller products, like vapes and edibles. But those changes also mean it’s easier than ever to traffic cannabis, he said.

“You can put a year’s worth of cannabis in a shoe box,” Barch said.

If the price of legal cannabis in Maryland is too high — whether because of taxation, overregulation or scarcity — people will turn to the illicit market, he said.

“The regulated market has a hard time competing against a thriving black market,” Barch said. “Market size is really going to be predicated on how competitive we are to the illicit market.”

Miran was one of the original members of the Maryland Medical Cannabis Commission and is now an industry consultant. She’s also battled leukemia, and turned to cannabis as an appetite stimulant after getting a bone-marrow transplant in 2006. It was illegal at the time, but Miran said she was wasting away and cannabis helped save her life.

To get a medical cannabis card, Marylanders must go to a health care provider, like a doctor or nurse, who certifies they have a condition treatable by cannabis. Miran said that many — possibly half — of the Maryland medical cannabis patients are really just recreational users, meaning, as she put it, “people who have a sore toe on a Friday afternoon so they can have a nice weekend.”

But there are also patients who are turning to cannabis for the first time in their lives, Miran said, and they are losing access to sound medical advice.

Lost in the discussion of declining revenue, Miran said, is that the number of health care providers certifying medical cannabis patients is declining, too. She pointed to Washington, D.C., where regulators decided last year that people could self-certify that they would use cannabis only for medical purposes. That’s meant less need for doctors specializing in medical cannabis, especially in the Washington’s Maryland suburbs.

“What about the 77-year-old with brain cancer?” Miran said. “What happens when they don’t have a physician they can turn to?”

Unless there is intervention by lawmakers, Miran expects patients will fall by the wayside. Dispensaries will stop carrying specialty products, she said, and the emphasis will be on the recreational market.

“It saddens me. It breaks my heart,” Miran said. “I’m afraid it’s going to slip through the cracks.”