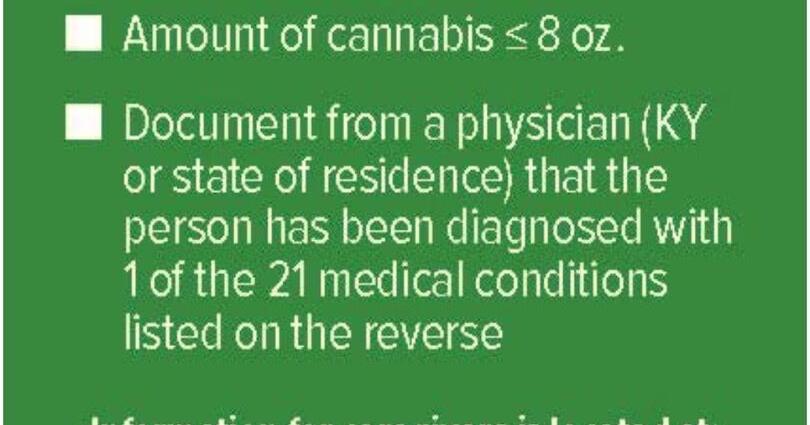 MURRAY – Now that Gov. Andy Beshear’s executive order allowing certain individuals to possess small amounts of medical marijuana without fear of criminal retribution is in effect, the onus of responsibility for ensuring the essence of the order is carried out falls in the hands of Kentucky’s law enforcement officers.

Beshear first announced his intention to use his executive authority to help Kentuckians access medical marijuana, also known as medical cannabis, last April. After months of research and data collection to quantify public support for the measure, he signed an executive order in November preemptively granting a conditional pardon to those with specific health conditions from criminal charges for possessing less than eight ounces of marijuana, legally purchased in another state, provided all criteria laid out in the order are met. The order went into effect Jan. 1.