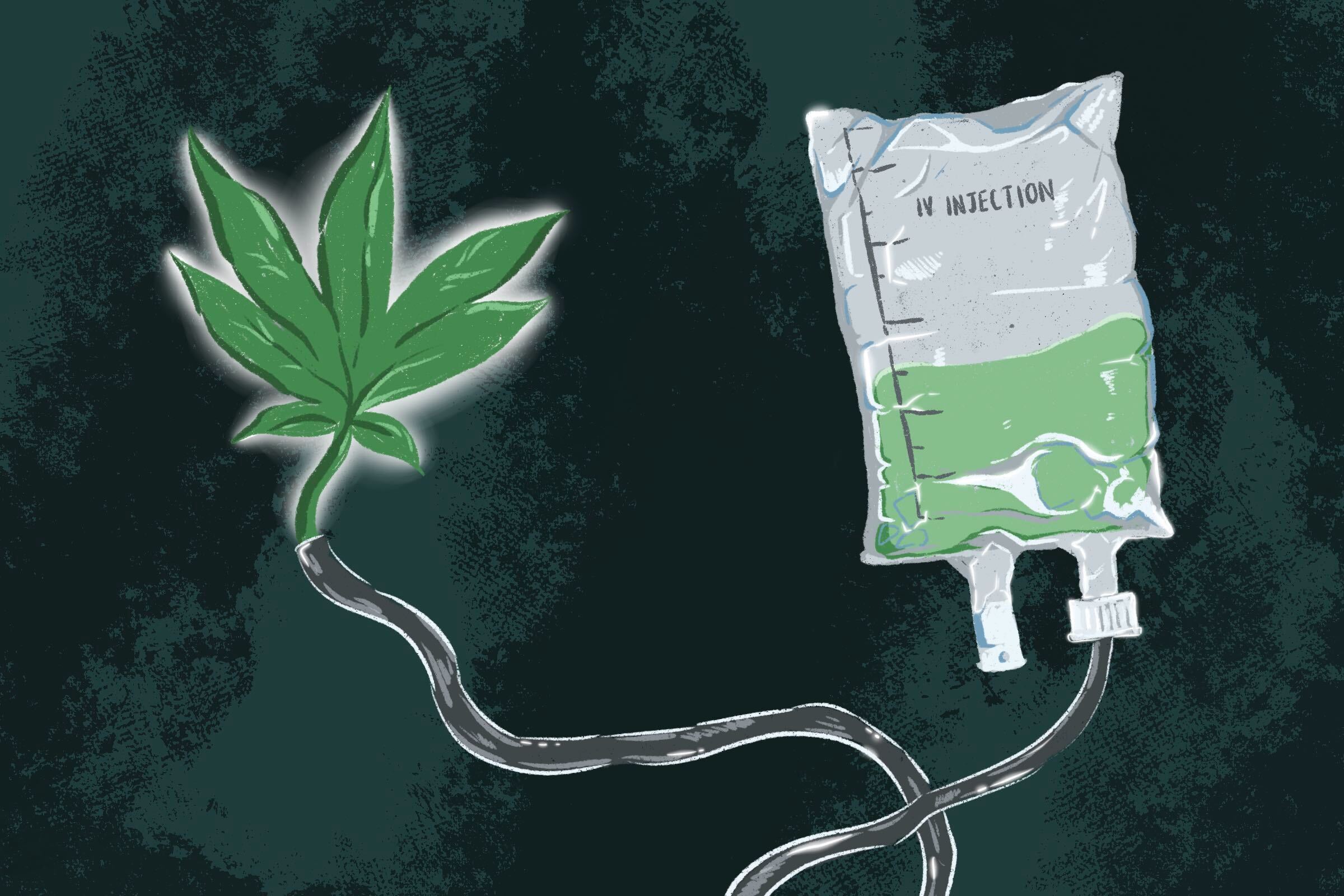 According to a University of Michigan study, 31% of adults with chronic pain reported having used cannabis as a form of treatment. Of this group, over half reported the use of cannabis led to a decrease in the use of prescription opioid, prescription non-opioid and over-the-counter pain medications.

The research project, led by Dr. Mark Bicket, physician and assistant professor in the Department of Anesthesiology at Michigan Medicine, was published in Jama Network Open, a monthly medical journal published by the American Medical Association, on Jan. 6. The findings highlight the importance of further research on the metabolic effects of cannabis as a pain treatment.

In an interview with The Michigan Daily, Dr. Bicket discussed the high volume of patients he has seen who reported using cannabis as pain treatment, a number which has surged in recent years. Bicket said he conducted this research to address a lack of knowledge in the medical field about how cannabis can reduce the use of other pain treatments. He said he was surprised by the overwhelming reports of a decrease in the use of other pain treatments while using cannabis.

“One of the main reasons we did this study was that evidence about whether medical cannabis use can lower the use of other treatments or change them is not clear,” Bicket said. “The main finding, I think … was that most people who use cannabis to manage their chronic pain said that the cannabis use resulted in lower use of prescription opioids, and that was also the case for prescription non-opioid drugs and over the counter pain medications.”

Bicket added that the findings of his study emphasize the need for further research into the benefits and risks of using cannabis as a treatment for chronic pain. Since medical cannabis is regulated separately from other prescription medications, Bicket said knowledge about its effects is vital.

Notably, the Centers for Disease Control and Prevention reports that cannabis is not an effective treatment for chronic pain. According to the CDC’s website, “There is limited evidence that marijuana works to treat most types of acute or chronic pain.”

In contrast to the findings of Bicket’s study, the CDC cites research on its website from 2013 and 2018 that claim cannabis increases opioid misuse, stating, “Importantly, using marijuana either alone or in combination with opioids has been shown to increase risk for opioid misuse.”

When contacted by The Daily for a statement about the new knowledge provided by Bicket’s recent research and potential updates to the CDC’s intelligence on the subject, the CDC declined to comment. Instead, CDC spokesperson Belsie González quoted information in an email to The Daily about the limited evidence for cannabis as an effective pain treatment found in the Health Effects section of the CDC’s Marijuana and Public Health feature.

The United States Drug Enforcement Administration lists cannabis as a Schedule I drug, meaning cannabis has “no accepted medical use and a high potential for abuse.” Cannabis is listed alongside heroin, LSD, ecstasy and methaqualone in the Schedule I category.

Bicket said the DEA’s Schedule I classification and separate regulation agencies provide challenges for clinical research into relations between cannabis use and pain. He said many questions about cannabis remain unanswered by research or in clinical care.

“Along with that classification go a number of challenges that come to conducting clinical research using cannabis, on top of the normal regulations that govern clinical research and make it something that does take a bit of time and effort to do,” Bicket said. “There’s a lot of differences in terms of what cannabis use by one person might be for another person … How are they using cannabis? What’s in the cannabis? These are really basic questions that are still not easy to get the answer to in research or in a clinical setting.”

LSA senior Will Phillips, who used to own a medical marijuana card licensed by the state of Michigan, told The Daily cannabis “totally” worked to treat his pain effectively. Phillips had previously used a prescription non-opioid drug for pain treatment, but said he felt cannabis was more effective.

“I was on pain (medication) and I honestly felt like cannabis was doing more for that pain than the pain (medication),” Phillips said. “I think especially in the states that don’t have recreational cannabis, absolutely, they should have medical (cannabis) dispensaries.”

Phillips no longer has a medical marijuana card because of the expense required to renew it. After first receiving a card at age 18, Phillips said he allowed the card to expire and chose to buy cannabis illegally until he turned 21 years old and had the ability to buy recreational cannabis legally in Michigan.

The application fee for medical marijuana certification is $40 in Michigan. The cost of the certification itself is $139, and the renewal cost is $99. In some states, a medical marijuana card can cost up to $200 per year. For people who, like Phillips, choose to purchase cannabis illegally, there is a high risk: 19 U.S. states have not yet decriminalized cannabis use.

“I just didn’t feel like (a medical marijuana card) was a valid use of my money when I could just get the same product illegally,” Phillips said.

Daily News Editor Carlin Pendell can be reached at cpendell@umich.edu.