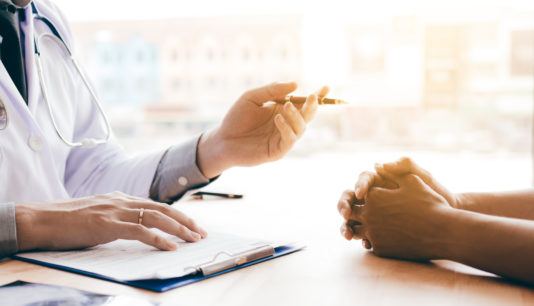 When the issue was raised in a National Post (NP) article in December, one of the experts quoted was Dr. Hance Clarke, director of pain services at Toronto General Hospital. Dr. Clarke, who is also a professor at the University of Toronto and a scientific advisor at Scientus Pharma, reports that his pain clinic is seeing more people interested in using cannabis as a medicine under the supervision of a doctor.

Instead of people flocking to the adult-use market, he claims they seem to be moving towards the medical market, with, as reported in the article, 15 out of 20 of his patients seeking cannabis as a treatment. More and more people want to talk about medical cannabis with their doctor, and Dr. Clarke suggests that physicians need to educate themselves to avoid pain sufferers from opting for unguided self-medication.

Despite this, Canadian Medical Association (CMA) president Dr. Gigi Osler, speaking on behalf of the nation’s doctors, has said the scientific evidence for the medical use of cannabis is sparse, noting at a conference this past September that just because something is legal, doesn’t make it safe. The CMA’s established policy on prescribing medical cannabis, published in 2015, suggests physicians should only write a medical document once every other possible therapeutic avenue has been exhausted.

Arguing against a separate medical system in April 2018, CMA vice-president Jeffrey Blackmer was quoted in CMAJ News as saying that, based on an informal survey, 70 percent to 80 percent of physicians don’t consider cannabis to be a part of their practice. In December, Dr. Osler noted, “You probably won’t find many doctors whose comfort level with authorizing cannabis will change.”

Cannabis patients, however, don’t want to be considered one part of the broader whole; a system of their own increases both accessibility and affordability, and further legitimizes cannabis as a medical product.

When the informal survey numbers are considered, it’s not surprising that some doctors seem uninterested in assuming greater responsibility for medical cannabis patients, citing inconclusive science and deeper scrutiny from provincial regulatory bodies. Anecdotally, there seems to be a growing number of people who are finding success with cannabis, and yet, establishment physicians seem to be lining up on the other side.

Every week, reports are received from individuals wanting to learn about cannabis as a medicine, despite the wait for an appointment at local, cannabis-specific clinics sometimes stretching to several months. Even then, the patient is often met with a physician over a Telehealth Network, which deprives high-needs patients of the hands-on care they have come to expect from their family physicians, simply because there are not enough prescribing physicians to go around.

The interest from patients appears to be matched by interest from researchers, with new studies regularly being released that confirm cannabis’ medical value.

Still, the endocannabinoid system is not consistently or separately part of the curriculum in Canadian medical schools.

Lynda Balneaves, deputy director of the Canadian Consortium for the Investigation of Cannabinoids, noted in the NP article that cannabis as a medicine is here to stay. “We have patients who have shared with us in our research that this allows them to live,” Balneaves notes, suggesting that most of the research funding given by the Government of Canada is focused on the consequences of cannabis legalization.

The pharmaceutical industry, however, is keenly engaged in the pursuit of cannabis as a medicine. With Shoppers Drug Mart lining up to dispense cannabis prescriptions and the cannabis industry taking on much of the research and development, there is a strong link between those trained to dispense medicine and those who make and produce the medicine.

Of course, this kind of system—with minimal physician or government research participation—could easily become dependent on pharmaceutical patents and highly specialized proprietary equipment developed by the industry. This has the potential to move medicine beyond the reach of patients who need it. Indeed, GW Pharmaceutical’s Epilodex, a patented CBD product intended for childhood epilepsy available in the U.S., is selling for $32,000 annually, a far cry from current prices for dried cannabis and oils that are already outside the price range of many.

With industry representatives declaring that Canadian cannabis companies have their eyes set on global domination, a lack of government-directed research funding, coupled with Canadian physicians choosing to remain detached, patients should understand that now is the time to step up and speak up. Being complacent and taking for granted that what is currently available will always be is not a sustainable, healthy strategy.

What can a patient do?

Peter Thurley, principal and chief writing officer at Peter Thurley Communications and Consulting Services, has experience speaking on a range of cannabis-related issues and sits on the Board of Directors of Canadians for Fair Access to Medical Marijuana.

Want to keep up to date on what’s happening in the world of cannabis?  Subscribe to the Cannabis Post newsletter for weekly insights into the industry, what insiders will be talking about and content from across the Postmedia Network.