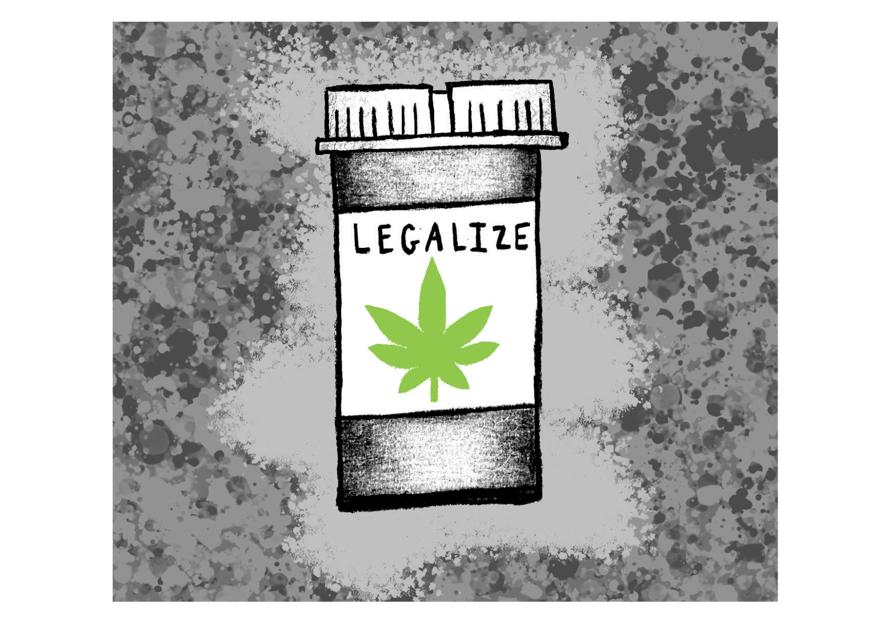 With nearby states like Colorado, Missouri and Minnesota passing legislation allowing the use of marijuana in some capacity, it was only a matter of time before the issue hit the state of Nebraska. However, some lawmakers at the Nebraska State Capitol hearing testimony on Friday for the LB110 bill, which would legalize medical marijuana, don’t think legalization is the right move for Nebraska.

LB110 would allow people with prescriptions to buy cannabis from government-authorized dispensaries. These patients could also grow limited amounts of cannabis on their property out of public view, and reselling it would still be prohibited.

Despite the reasonable nature of the bill, Governor Pete Ricketts announced in a press conference before the hearings that he would be opposing the bill. Ricketts and other opponents of medical marijuana argue that legalization, even for medical purposes, would allow the drug to trickle out of the hands of people with chronic illnesses and into those of junkies looking for a quick fix, ultimately doing more harm than good.

Ricketts is extremely misguided in his opposition to the bill. Cannabis is, at its worst, inconsequentially damaging. It is excessive to outlaw the drug and authoritatively impose the government’s will onto the free people of Nebraska due to a shaky belief that it will negatively affect the people who choose to use it. It is also a confusing and hypocritical policy considering other substances that are currently legal in the state.

Admittedly, scientific literature on marijuana’s efficacy as medicine is, overall, ambiguous, as there is still not much research regarding its health benefits. Because of this ambiguity, Ricketts said it is better to be safe than sorry, and the drug should remain outlawed. This reasoning is flawed in multiple ways. For one, it contrasts the governor’s stance on similarly controversial opioid use. In April 2018, Ricketts signed a law placing limits on opioid prescriptions. He did not outright ban the drugs, presumably because many people legitimately need opioids for pain relief. The governor should consider taking a similar stance on marijuana — legalize it, but limit its use to those who truly need it.

Regardless of marijuana’s effectiveness, the larger point is missed. Marijuana legalization is not a question of if marijuana is safe, though that question holds significant weight. This is an issue of free people being able to make their own decisions.

Ricketts dodges or digresses from this question of free decision-making. His impetus for opposing legalization is patronizing, to say the least. He incorrectly thinks he knows what is best for the people of Nebraska more so than they do. If he actually had that knowledge, why would he allow far more dangerous drugs, such as opioids, to be used for medical purposes?

Cannabis has been shown to be far less dangerous than other currently legalized drugs. For example, marijuana can intoxicate a person, but unlike other drugs, it cannot kill you. On the other hand, thousands of people die every year from excessive alcohol use and opioid overdoses. Healthy marijuana users are no more likely to die than those who do not use the drug. In fact, in the case of medical marijuana, users are actually able to lead better, more productive lives, as they have something to help counteract their illness.

Additionally, alcohol is also more addictive than cannabis. Alcohol, even in moderation, can raise the risk of cancer, while marijuana cannot. For those of you keeping score at home, cigarettes can also cause cancer and extreme addiction; marijuana does neither.

Overall, alcohol and cigarettes, which are already legal in all 50 states, are both undoubtedly more dangerous than pot. As such, Ricketts’ stance on refusing to legalize pot even for purely medical uses due to it being too dangerous is, simply put, ridiculous.

Echoing Mrs. Lovejoy’s “Think of the children!” assertion from “The Simpsons,”Ricketts and other opponents of LB110 are most concerned about the drug’s effect on youngsters. Not since the “Children of the Corn”has there been, in Nebraska, such a transgenerational condemnation of the vices of young people.

Opponents of medical legalization argue that, no matter what benefit cannabis may give to ailing folks in pain, it will do significant harm to young people. There is evidence that marijuana can cause long-term adverse effects if consumed too frequently by young people; however, this is also true of cigarettes and alcohol, as well as things like social media.

We must note that marijuana legalization only started to sweep the nation about 10 or so years ago, yet over 50 percent of adults have been baked at some time in their lives, meaning people will get hold of the drug whether it is legal or not. There is a huge black market for weed coming out of our neighboring Colorado, so young people will likely get their hands on cannabis anyway. Legalizing the drug does not even necessarily increase usage among teenagers. Refusing to provide sick patients with marijuana for fear that people who will likely find a way to retrieve it anyway may smoke it themselves does nothing but prevent people from receiving something that can help them cope with pain.

There is no study that can show marijuana has a catastrophic impact on people’s lives, at the very least no more than legal drugs such as cigarettes, alcohol or opioids. But, most of all, opposition to this bill conveys a very real sense of ominous and gratuitous government patronage.

As autonomous individuals, we are capable of making our own decisions about what to put in our bodies without Ricketts peering over our shoulders. Marijuana is, at its very worst, a minimally damaging drug. That is no excuse to take over people’s health and lives, especially when this substance has the potential to change people’s lives for the better.

Kyle Sheehy is a freshman economics major. Reach him via opinion@dailynebraskan.com or via @DNopinion