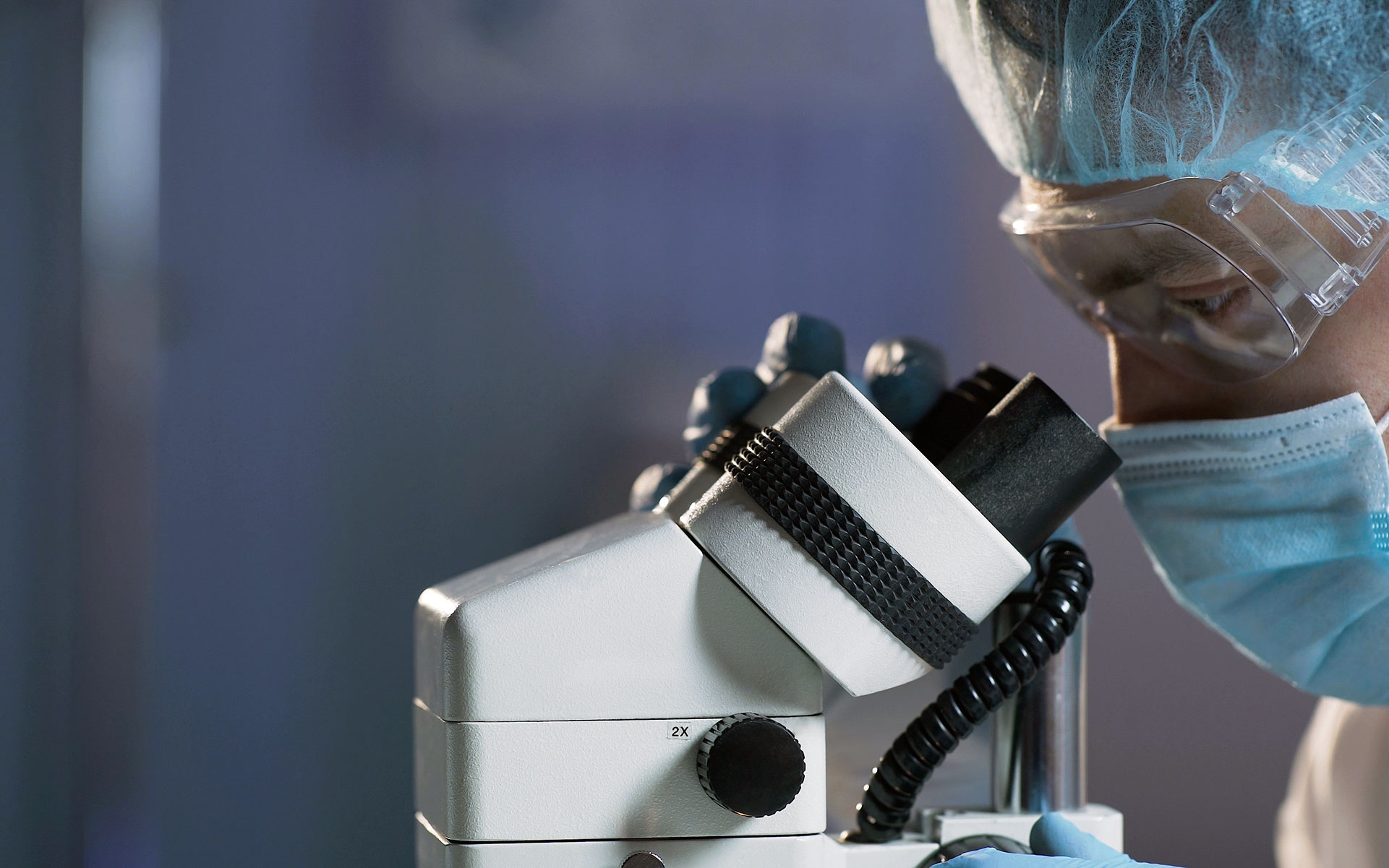 Medical cannabis gained substantial scientific validation in 2018. Studies have furthered our understanding of the beneficial effects of cannabis on a range of conditions including pain, depression, anxiety, healthy aging, and neuroprotection.

Pharmaceutical companies and beverage behemoths are hedging on cannabis’ widespread appeal and therapeutic benefits, and bipartisan support of the Agricultural Farm Bill highlights a shift in acceptance even among the federal government. The cannabis research momentum carried into the final quarter of 2018.

Here are the top five research stories to close out the year.

Studies at a glance:

Many are turning to cannabis as an alternative to prescription medications—or as a strategy for finding relief when all else fails.

There are different types of pain, and each type comes with its own treatment strategy and its own challenges. Neuropathic pain is a common type of chronic pain that can greatly impair one’s quality of life. It’s caused by the constriction of nerve fibers (e.g., sciatica), causing persistent pain signals to bombard the brain. Some of the current first-line treatment strategies involve medications, such as gabapentin, that can have harmful side effects.

The combination of gabapentin and THC also expanded the therapeutic window in which the drugs could be effectively used with limited side effects.

While cannabis is emerging as a scientifically-validated strategy for pain relief, THC on its own, and THC-rich cannabis, is not always well-tolerated by everyone. Side effects such as sedation, motor impairment, anxiety, and paranoia prevent the widespread use of THC-rich cannabis as a primary treatment strategy. Identifying treatment strategies that work together to enhance pain relief may open up new and effective opportunities for integrating cannabis-based therapies in neuropathic pain relief.

Australian scientists assessed the pain-relieving potential of combining the common neuropathic pain medication, gabapentin, with THC in a mouse model of neuropathic pain. To test this, scientists constricted a bundle of nerve cells in mice, mimicking sciatica-like nerve pain in humans. As expected, this procedure caused long-lasting hypersensitivity to pain-inducing stimuli. They then tested the pain-relieving effects of gabapentin and THC alone, or in combination. Interestingly, the combination of the two reduced pain more than would have been predicted by simply their additive effects, suggesting that the two interact synergistically to greatly reduce neuropathic pain.

The combination of gabapentin and THC also expanded the therapeutic window in which the drugs could be effectively used with limited side effects. This study adds to others conducted in 2018 that highlight the utility of integrating cannabis-based medicines with current treatment approaches to achieve safer and more effective therapeutic results. Hopefully, these studies will spawn human clinical trials for combination therapies in the coming year.

Exposure to certain toxins while the brain is developing can lead to the expression of schizophrenia symptoms later in life. Reducing the impact that these toxins have on brain development could be a promising interventional strategy to prevent the onset of schizophrenia down the road. These strategies aren’t currently available.

One of the more hotly debated topics is cannabis’ role in the development of schizophrenia. One side of the debate claims that THC exposure (i.e., an environmental “toxin”), when the brain is still developing, interacts with genetic and environmental factors to increase risk for developing psychosis. While the role of cannabis is controversial, some of the focus has recently shifted from its potential harm to its potential good.

These findings suggest that CBD treatment may be a protective strategy in high-schizophrenia risk cases that result from elevated environmental toxin exposure.

CBD is emerging as a promising anti-psychotic treatment strategy in many cases of schizophrenia. However, it’s unknown whether CBD can protect against some of the damaging environmental factors that promote risk for psychosis in the first place. In a collaborative effort involving scientists across Europe, researchers investigated whether CBD could protect against the schizophrenia-like symptoms caused by developmental toxin exposure in a mouse model of schizophrenia.

In this set of experiments, the scientists exposed mice to a neurotoxin during the mouse equivalent of adolescence, which caused the adult mice to exhibit schizophrenia-like brain alterations along with cognitive and social deficits. However, in one group of mice, the scientists administered CBD for 20 days following the toxin exposure. These mice given CBD were protected against the developmental consequences of toxin exposure and didn’t exhibit the schizophrenia-like symptoms shown by their peers.

Expect to hear more about the promising benefits of CBD in treating schizophrenia in 2019.

Cannabis Protects Against Alcohol’s Damaging Effects on the Stomach

Cannabis has well-established anti-inflammatory effects, while alcohol is pro-inflammatory. Alcohol’s inflammatory effects underlie many of the long-term damaging effects of alcohol use such as liver cirrhosis and alcoholic gastritis, which is the erosive disease of the stomach. Alcoholics who also frequently use cannabis appear to be protected against the risk for developing a cirrhotic liver, but cannabis’ impact on the development of alcoholic gastritis was unknown.

Cannabis-using patients had a 25% lower propensity for developing alcoholic gastritis than non-cannabis users.

To address cannabis’ impact on gastritis, researchers assessed the hospital discharge records from over 60,000 alcohol-abusing patients across the United States and separated groups based on whether or not they used cannabis. Their comparisons revealed that cannabis-using patients had a 25% lower propensity for developing alcoholic gastritis than non-cannabis users.

These findings highlight how cannabis’ anti-inflammatory benefits serve to protect against the damaging effects of other risky behaviors. They also add to a growing body of evidence supporting the protective benefits of cannabinoids against long-term consequences of trauma, cardiovascular events, and neurodegenerative disease.

Patients treated with the balanced THC:CBD extract showed a small improvement in spasticity symptoms, while muscle spasms among those in the placebo group got worse.

59 participants across four treatment centers completed the study which measured spasticity scores over the course of a 6-week treatment period. The power of this clinical study came from its randomized, placebo-controlled, double-blinded nature that inherently limits bias and is strongly valued by the medical community.

The trial was a success. Patients treated with the balanced THC:CBD extract showed a small improvement in spasticity symptoms, while muscle spasms among those in the placebo group got worse. None of the participants had to be removed due to adverse side effects, supporting a strong safety profile that bolsters its potential for clinical integration.

This study was one of several clinical trials of cannabis-based medicines to be published in 2018. A lack of supportive clinical trials is frequently cited as a primary source of hesitation among physicians considering integrating cannabis in the clinic. Hopefully, with this study among others, the momentum is shifting as we enter 2019.

Cannabis is generally regarded as a detriment to working memory. For years, laboratory studies of mice and rats injected with THC perform worse on working memory tests. Turns out, however, most people aren’t injecting themselves with THC, so concern over the validity of those studies seems valid. Questions regarding the importance of additional cannabinoids and terpenes, along with the route of administration, in cannabis’ effects on memory and cognition have shadowed these pre-clinical studies for decades.

These studies cast doubt over the validity of previous studies employing injections of individual cannabinoids.

Scientists from the University of Florida (which is emerging as a hotbed for cannabis research in the United States) sought to overcome this interpretational challenge by exposing rats to smoke from either cannabis or placebo cigarettes and measuring performance on a working memory test. As in any test, across the 31 subjects, some performed better than others. Cannabis smoke did not appear to have any impairing effects, but interestingly, it improved performance in the “underachievers” of the group.

The scientists then carried out follow-up experiments where they injected the rats with either THC or a blocker of the CB1 receptor by which THC carries out many of its effects. Both of these conditions impaired working memory performance, which was the opposite effect as observed with smoke inhalation. These results are consistent with previous studies demonstrating THC’s alarming impairment to working memory function.

These studies cast doubt over the validity of previous studies employing injections of individual cannabinoids. Further, they highlight the importance of delivery method—along with additional cannabinoids and terpenes—in cannabis’ effects on memory. The exciting finding that smoking cannabis may actually elevate performance under some conditions is enticing and warrants further investigation into the factors that may facilitate these improvements.