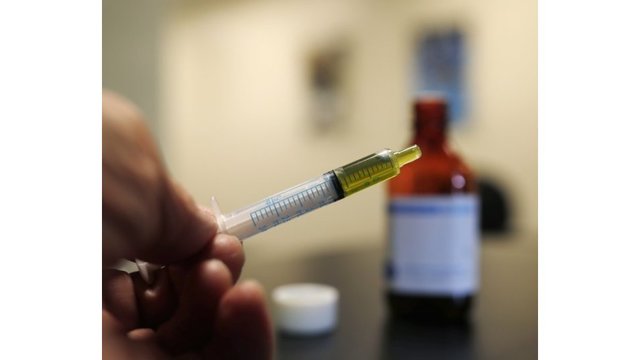 RICHMOND, Va. – A spokesperson says Gov. Ralph Northam (D-Virginia) is in the process of reviewing a series of medical cannabis bills that advocates say expand access for Virginians.

By the end of the year, five medical cannabis dispensaries will have opened in the Commonwealth. Those dispensaries will be keeping a close eye on SB 1557, which is making its way to the Governor’s desk. The bill would expand products from CBD and THC-A oils to full therapeutic-strength formulations that could be available in creams and lozenges.

Patients with a written certification from a doctor for medical products, that are in a rehabilitation center, hospice or physically have trouble driving will also be able to designate someone else to pick up products from a dispensary for them. Under SB 1719, that individual will be able to register under the Board of Pharmacy on behalf of the patient.

MORE: Region’s only medical marijuana dispensary to open in Portsmouth

Some Virginia families are running into a problem that new legislation could also fix.

“He cannot respond to us,” Jake Spruill said, describing what his 10-year-old son’s seizures are like. “At times they can also last over 5 minutes and then you have to administer rescue medication.”

Doctors told the Spruills’ that their youngest child, Jacob, had cryptogenic epilepsy, which means medical science doesn’t know the exact cause of the seizures.

“Luckily he did not have any signs of any tumors or any other genetic predisposition that they could determine is causing his seizures,” Spruill said.

The diagnosis changed the family’s life. The seizures can happen at any time. It’s even stopped Jacob from taking the bus because “he can no longer safely go from his home to school,” Spruill says.

To help curb how often they happen, Jacob started using CBD oil as part of his treatment regiment.

“On average he was having one [seizure] about every ten days,” Spruill said. “The CBD had a marked improvement on that.”

But they’ve had to cut back on using the medical cannabis. Under the current law, if a student is found with medical cannabis on school grounds they could be expelled. Also, there aren’t any protections for school healthcare professionals who would administer it.

Companion or “twin” bills that passed the House and Senate during the 2019 legislative session,SB 1632 and HB 1720, could fix this problem.

The legislation makes sure school nurses or healthcare professionals won’t be prosecuted for administering or storing CBD or THC-A oils to a student with a written certification from a doctor.

“This makes sure that those students, those patients that we initially wanted to provide relief to with these medical cannabis oils, now that they have them, and are able to return to school that they can take their medicine with them,” Executive Director of Virginia NORML Jenn Michelle Pedini said.

Pedini says this legislation is big deal for patients, not only in the Commonwealth.

“This bill isn’t just progressive for Virginia, this bill is progressive for the nation,” she said. “Virginia will now be the fourth state in the country to allow school healthcare professionals to administer medical cannabis just as they would any other pharmaceutical.”

The bill also required the Virginia Dept. of Health Professions and the Dept. of Education to develop a standardized form for school boards, to be completed by the physician certified to issue medical cannabis and the pharmaceutical processor.

If the governor approves the legislation, Spruill says more options will be available for families like his.

“As parents, of course we will do anything to improve that quality of life,” he said. “This bill assists my son, but then it assists all Virginia families.”

The five Virginia dispensaries are set to open in the second half of this year. If the governor approves the legislation, it will take effect July 1. The deadline for Gov. Northam to sign this, and the other medical cannabis legislation, is March 26.